This is the place where you can vent whatever's on your mind. Feel free to go off on extended rants or brief blurbs about whatever's rocking your world.

i think there may be a Firefly character in Wonderfalls on the last few episodes, never seen Firefly though...
i definately wanna pick up undeclared at some point, awesome show...
another candidate THATS MY BUSH...I wonder if the government is keeping that gem hidden...
at least some good shows are available on DVD now... 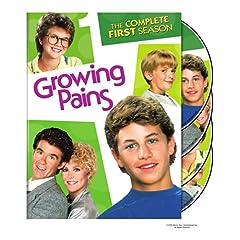 WildMercurySound wrote:I read somewhere that Arrested Development is now re-cancelled because the creator doesn't want to do it anymore, which was one of the conditions of Showtime picking it up. I've yet to see the third season, but in some ways maybe it's better for a show to go out on a high than to drag on for a few seasons without its makers being behind it.

I also loved Firefly: it drew me in so quickly and i found myself caring for the characters; there was a great dynamic there and so much potential. At least it spawned a film and graphic novel though. It also made me want to revisit Buffy.

The best part of Firefly is that it stars the guy who played Johnny on Two Guys & A Girl, another show that needs DVD treatment.[/i]
Top

i wonder if Sons and Daughters will be back, i didnt realive that last weeks episodes were the last
Top

jaimoe0 wrote:And the world still waits for the complete "Dr. Katz: Professional Therapist" to find its way to DVD.

I second Firefly and Undeclared.

I actually pre-ordered it days after posting that last comment of mine. And by the way, if you think analysis kills comedy, and I submit to you that it does, avoid that review. It made toast seem moist and delicious.

Edit: I said days after... more like weeks after.
Top

seriously, undeclared is out. follow the link i posted the last time someone brought it up!
Top

i'm about to buy a bootleg sifl&olly dvd set because those assclowns at mtv won't release it... and murph, good call on sportsnight. that show was truly great...
Top
Post Reply
18 posts

Return to “Rants and Raves”